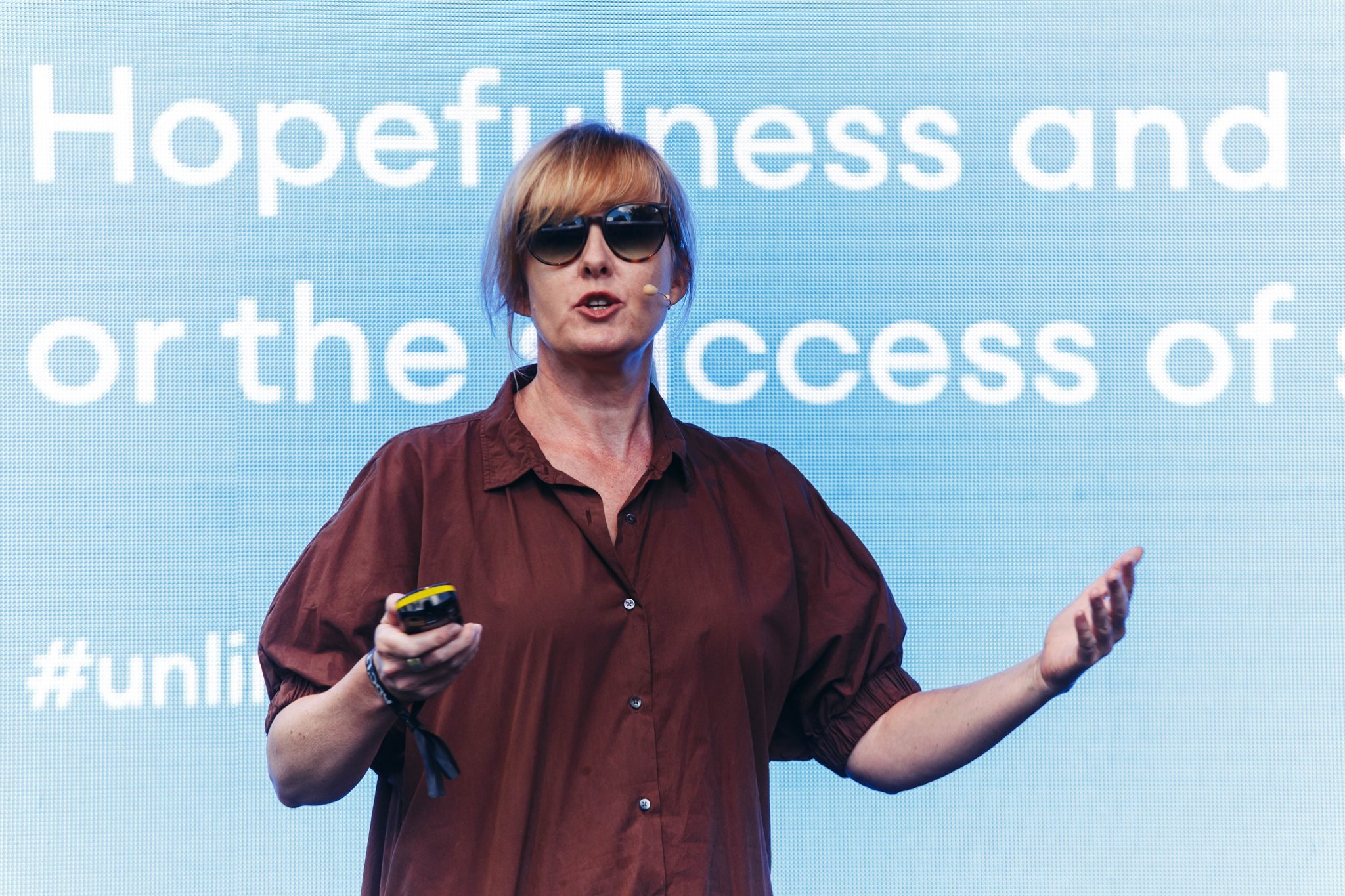 Clare McNally was the only international speaker willing and able to be physically present at Lithuania's first-ever Art Director's Club of Europe Festival in Vilnius. She snuck in with her health certificate a day before travelers from Denmark had to quarantine and spoke about "Unlimited thinking for advertising creatives".

Our titles: Copywriter, Art Director, Designer or Creative Director, should not define us. Let's expand our mindset and possibilities by acting and thinking more like publishers, activists and entrepreneurs. With this approach and a new attitude, creatives can find endless opportunities. Yes, even now.

The festival was held outdoors at Vilnius Tech Park. Themes included AI, data visualisation, strategy, experience design, storytelling etc. Of course, the pandemic impacted IRL possibilities (other international speakers were streamed in from New York, the Netherlands and Indonesia), and all talks were broadcast to a large audience. The evening belonged to the Awards Show for the best Lithuanian advertising and design where NEW Creative Agency took home the Grand Prix for MO Museum's "History of the world". The festival launched without a hitch, despite concerns, changes and uncertainty. So, a big "Bravo!"to the festival organisers. Brave move.

Clare McNally was also interviewed by Liepa Žeromskaitė, a Lithuanian journalist from IQ magazine who asked about some big issues: politics, society, education, branding, activism and future predictions. Of course, COVID-19 has made the current landscape extremely uncertain, and predictions futile. So, instead of claiming to have a creative crystal ball, Clare expressed her hopes and fears for the advertising industry and society at large.

On the issue of brand activism and if brands should speak up or not, Clare stated that they should, if the issue aligned naturally with the company, its track-record and its policies. She pointed out that often, campaigns touching on sensitive topics are conceptually weak with inferior execution. They then get bad PR, are called 'controversial', and blame "the issue" as the scapegoat. Of course, there's work that is clearly offensive or insensitive. Checking in with audiences, being culturally up-to-speed, involving experts and ensuring representation throughout the process are clear ways to avoid problems. And, of course, just don't do a shit ad.